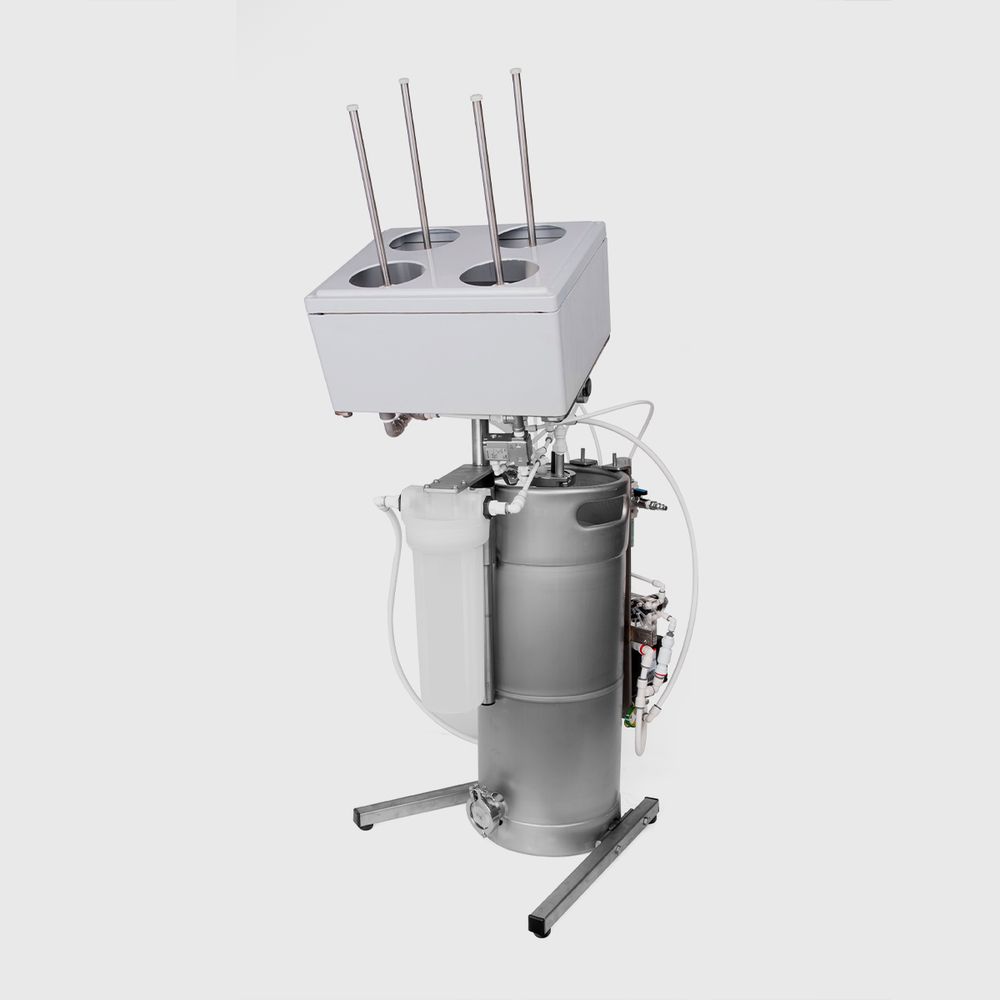 You spend years perfecting your product, only to have the presentation marred by dirty bottles that spent too long sitting in the back of your warehouse (or the manufacturer's warehouse) gathering dust. We've talked to plenty of distilleries who've said that their MiniMax bottle rinser is a lifesaver, as it lets them rinse bottles using the same product they fill with: whiskey, vodka, or just plain NGS. This is important because rinsing with water can lower the final proof, while rinsing with air, well, doesn't do much except blow the dust around inside the bottle.

One of our favorites to work with was Spirits of the USA, a.k.a. Legends Distillery out of Cummings, Georgia. Here's their story of how the MiniMax helped them.

Who is Legends Distillery?

Legends Distillery was founded by an Australian husband and wife team who had come to the U.S. to open the first microbrewery in Atlanta. After transitioning into the restaurant business, at one point owning several pubs, Michael Gerard began experimenting with alcohol technology. In 2017, they patented their Quantum Purity system, which removes up to 70% of contaminants from alcohol. Two years later, they sold the last pub and opened Legends Distillery using home brew equipment.

The home brew setup required that bottles be washed by hand, which was incredibly labor-intensive and not sustainable. The limited production capacity and high resource consumption were preventing the business from scaling despite sales growth. Michael began searching for an equipment provider and was directed to TCW Equipment by several friends and industry peers. After comparing products online, Michael made a call to TCW.

After discussing the needs of the distillery with a TCW rep, Michael purchased the Mori Filler, the Minimax Bottle Rinser, and quite a few filtration housings, which are compatible with his Quantum Purity system. Since then, Legends Distillery has become a loyal and regular customer of TCW Equipment. Of his overall experience with us, Michael said his favorite part is the people and the efficiency with which they respond to requests. “I phone up and they get it done for me straight away. It’s in the post literally the same day.”

How Legends Distillery Uses the MiniMax

For safety reasons, Michael prefers to use a mixture of GNS and water to clean bottles. He chose the Minimax Bottle Rinser to replace their hand washing method because of the closed-loop technology that recirculates the GNS to save on production costs and because of the simplicity of its setup and operation. When asked about the difficulty level of the installation process, Michael said, “It’s self-explanatory. You hook it up, add product, and get going. It cleans [the bottles] perfectly.” Michael’s favorite features of the Minimax Bottle Rinser is how easy it is to clean and that it can run all day and keep up with high production demand. While COVID has inhibited business to some extent, Michael was proud to share that they would be producing 40 pallets through the Minimax Bottle Rinser and their other TCW equipment “next week”.

A Bottle Filling and Rinsing Combo That Pays for Itself

For less than $10,000, Legends Distillery was able to convert to a semi-automatic production line. With more personnel now available for the full line, they’re able to produce a pallet every hour. The Minimax Bottle Rinser paid for itself in three months through production increases and labor reduction. Code inspectors, including fire inspectors, approve of the equipment and don’t tend to need any further investigation into the bottle cleaning process once they see that it’s there. Michael recommends TCW Equipment to any startup and adds that “there is no downside to [our] equipment.” Legends Distillery is continuing to grow and will be expanding as early as next year, but plans to keep their TCW equipment in their R&D department.